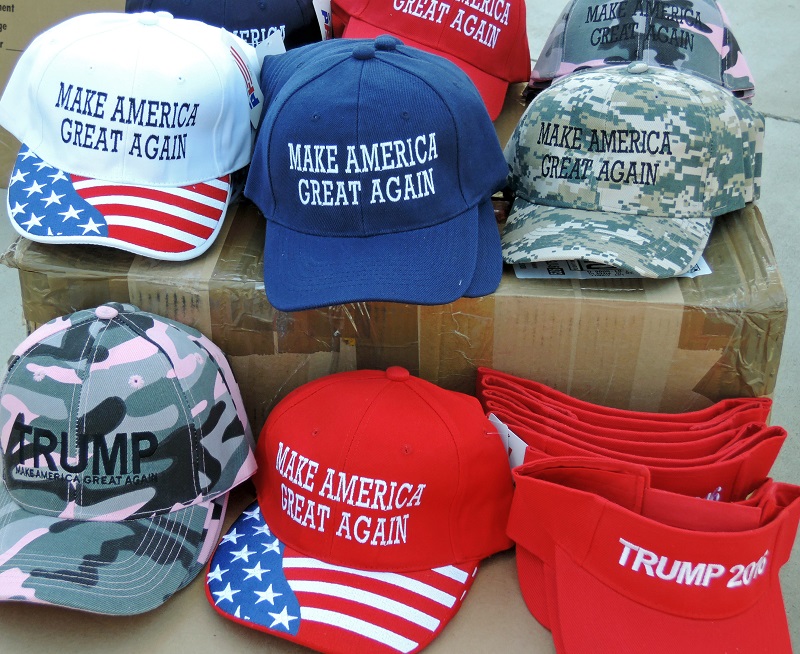 Donald Trump identified a silent movement of fear and loathing within white America that delivered him to the White House. But, Trump didn’t invent fear-based movements; he’s simply a current practitioner.

There’s evidence that fear has been used to lead and control people since the beginning of human history. The primary purpose of public crucifixions for Roman emperors was to make subjects fear the authorities. In the 19th century, whites in the South justified killing blacks by sowing the fear that they would rob whites or dishonor their women. And today, Donald Trump is using the fear of Islamic terrorists to order a travel ban. He’s stirring fears of Mexicans taking American jobs, burdening our hospitals with unpaid medical care, or taking advantage of welfare to justify building a wall. He claims news reporters who write unflattering stories are mentally unbalanced people with an agenda.

Many of Trump’s critics are using fear themselves. Heck, liberals were portraying George W. Bush as Satan a decade ago.

Fact is, fear as a leadership tactic isn’t new. Kings, factory bosses during the industrial revolution, and now much of the 24-hour cable news media use fear to get attention. I often see marketers using fear to generate customers. Fear of the future, fear of what’s going to happen if they don’t make a necessary change, or fear of the unknown are long-time standbys. The fear-based slogan “You can pay me now or pay me later” grew Fram oil filters to one of the top brands for several decades.

While fear can sell your oil filters, create a gang of terrorists or criminals, or win you an election, it won’t create a positive movement. It’ll never attract a vibrant tribe. It has huge problems.

First of all, fear paralyzes. Fearful people retrench, horde, and protect. They don’t invest and grow. Fearful people seek to overcome their enemies by force, rather than empathize with and understand them. In fact, nothing good comes from motivating by fear.

Currently, leaders on both ends of the political spectrum, the cable news press, and the witch-hunters in the blogosphere are focused on creating fear by emphasizing the differences between people and their beliefs. They vilify those differences and go through extraordinary efforts to highlight anyone with different perspectives as wrong and dangerous, and demand an apology. While this is currently perfect for click-bait headlines, spurring emotional shares on Facebook, or getting protesters to show up to shout down opponents, it fails at growing a movement or a country.

Instead of stoking fears by highlighting differences, successful leaders focus on similarities. If we approached health care in our country by focusing first on our shared values, where we agree, and a picture of the best possible outcome, it would be much easier to craft an appropriate system. Those who lead by fear can’t allow the other side to win, as that would undermine their control.

If you’ve felt angry because of something Trump has said about his adversaries, something you heard on the news, or because of something posted on social media criticizing our president, it’s not your fault. These are pressing psychological buttons installed in our brains that are older than history itself. And even though I see these ploys for what they are, I’m not immune to their power. Plus, there’s likely an element of truth to these claims, as well. I’m not refuting the truth, but the tactic. And I’m not blaming the followers for becoming angry, but the so-called leaders for putting their short-term aspirations ahead of the long-term growth of our nation.

For your movement — the community of subscribers and members that you are growing — what are the values and aspirations that you share? Rather than talking about the fears your members face, what are their dreams and aspirations? Leading people to achieve their best image of themselves encourages investment, growth, and engagement. Communities based on shared values love to share ideas and successes and support individuals through difficult times.

This month in the United States there will be a total solar eclipse. For centuries, astrologists have recognized these events as harbingers of profound change. I’m hoping there’s a transformation in our nation’s leadership from a focus on what divides us to a recognition of the values that connect us.

What choice will you make? Will you try to lead based on fear and loathing, or based on shared values and aspirations for a united future?