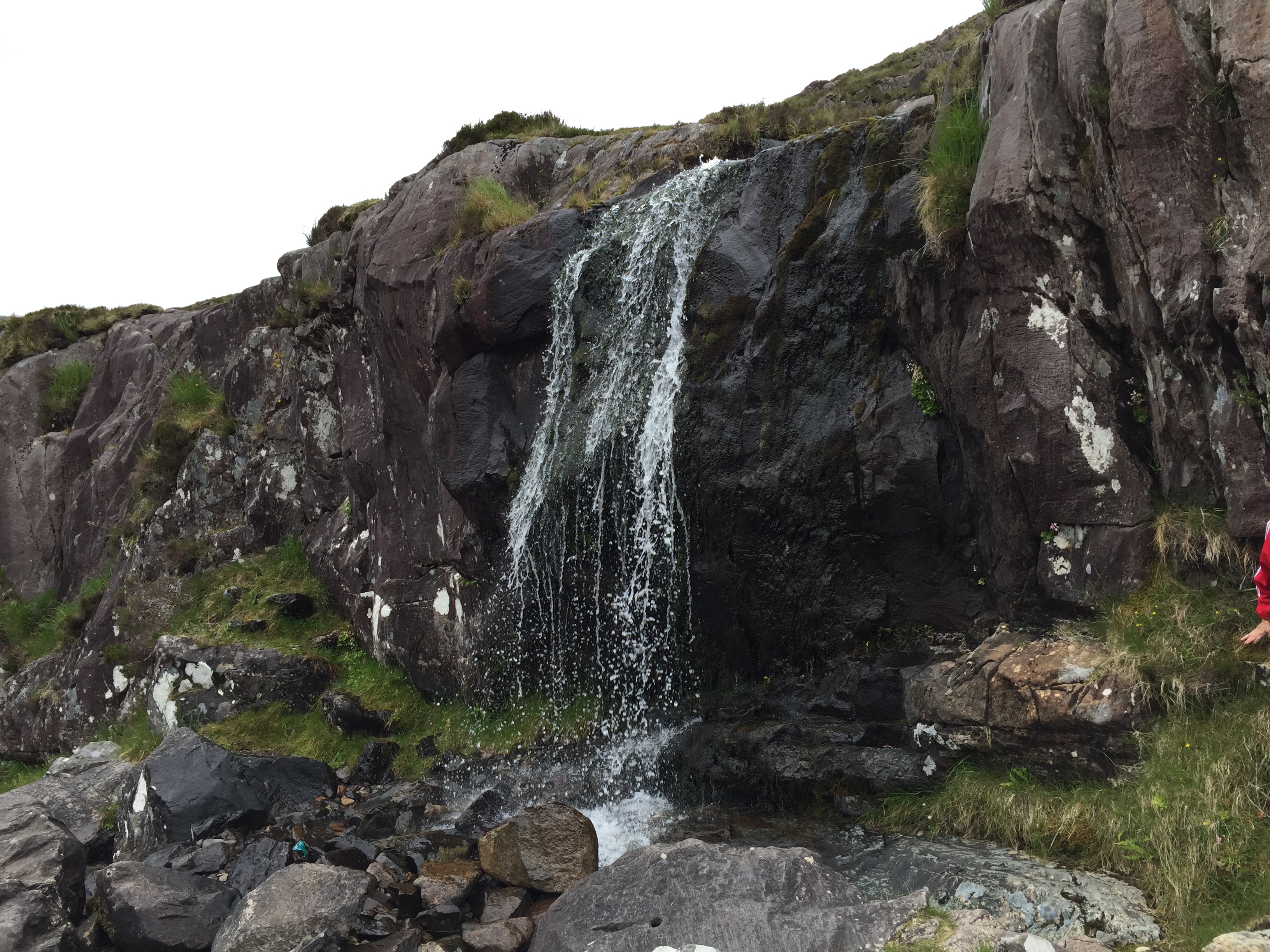 Each night during my week in Ireland, I shared a room with Perry Marshall and Bill Hammond. We stayed in three different places, and at each one, the three of us shared a room.

On the fourth night, as I was laying in bed trying to fall asleep, I heard water running. I didn’t think much of it; I figured someone else within the bed and breakfast was taking a shower or something.

But then at 2:36 a.m., when I got up to use the restroom, I heard the water running again. I figured it must be raining outside, as it frequently rains in Ireland. But the noise was irritating and made getting back to sleep difficult.

The next morning, I heard it again. Maybe someone was up early taking a shower? Anyway, I ignored it, got up, and took a shower myself.

That night, lying in bed, ready to go to sleep, that water was running AGAIN! And again I heard it all night. I tossed and turned and flipped my pillow onto my head to quiet the noise, but it wouldn’t go away. I figured there must be some sort of plumbing outside the window of my room, so the next day I examined the outside of the B&B but didn’t see anything that could explain the noise.

On the next night, it was important to get to sleep quickly because we needed to wake up at 6 a.m. to get on the road back to Dublin for our flights home. That’s when the noise popped up again!

This was really driving me crazy. During the day, the noise was gone. Then, each every night when it was time to go to sleep, it would be there again. It was infuriating how challenging it was to get to sleep as my brain kept wondering where that noise was coming from.

The next morning, my alarm went off at 6 a.m. as I’d programed, and Perry Marshall’s alarm went off at exactly the same time. We each turned off our alarms and then Perry also swiped to turn off the water noise on his phone. Perry had some app on his phone that was making water noises every night! (Let this be a warning to you if you ever have to share a room with Perry Marshall.) I guess it helps him sleep. For me it drove me crazy until I figured out where it was coming from.

In hindsight, this was such a simple explanation for why I was hearing the running water noise. It was really obvious after the fact. Makes me wonder why it took me so long to figure it out in the first place.

I see membership marketers making similar, obvious errors themselves, all the time. They spend months and months trying to figure out why it’s challenging for them to retain members within their programs, when the answer is looking them right in the face.

One client of mine has been frustrated for years with poor member retention. I asked him for the retention numbers, but he didn’t have any beyond the total number of current members, new members, and dropped members. He had no idea when members were dropping out. Denise on my team reviewed his database; there were $8,700 in charges that didn’t go through because of invalid credit cards. That meant 23 percent of his members weren’t getting billed for months. They were tagged as members, receiving all the benefits of being members, but weren’t paying as members.

Then, when I looked at the reports Denise created, the problem was obvious, at least to me. He was losing 67 percent of the members he was billing within the first 3 months of membership. He was getting them excited enough to join the program, but then turning it off immediately after they became customers. His members were becoming deflated and quitting his program within weeks of joining. Now we are creating a new welcome sequence to keep his members motivated and excited about his program.

Another client was frustrated that his membership numbers weren’t growing. When I asked about how he grew his program, he didn’t have any answers. In fact, he hadn’t run a membership promotion in more than a year. No wonder his program wasn’t growing! Now we are creating an evergreen marketing system to continually add new members each month to grow his membership.

Many membership program problems are completely obvious after they are pointed out. But before the problem is revealed, they are really irritating. It’s just like when I couldn’t figure out where that running water noise was coming from (I now call it “Perry Marshall Water Torture”). Once you discover the source, the solution is obvious.

Far too many membership marketers give up. They try for a while to grow their programs, but when they can’t figure it out, they resign themselves to poor results. They talk to their friends and convince themselves that their results are typical, that no one else has good numbers either.

If you are ready to trade frustration for certainly, clarity, and membership growth, email me at RS@AssociationMarketing.com so I can help you. I’m happy to get you pointed in the right direction and end your frustration.