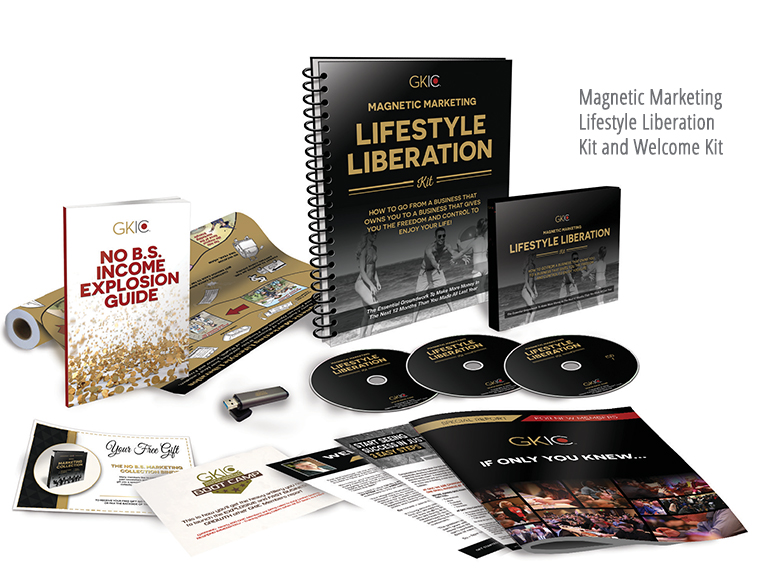 Michael Rozbruch recently topped his record of earning $117,018 in four hours in June of 2014 with a Livecast generating 270 new sales, members, and customers. And don’t forget the thou-sands of unconverted leads from attendees who haven’t yet made a purchase, as well as from registrants who didn’t show up, but who are still interested. Michael will be reaping the rewards of this event for many years.

Michael worked with the team at GKIC to produce his LiveCast. GKIC’s team is experienced in producing LiveCasts and has done a great job for years. The GKIC team that helped Michael included Mike Stodola who created the marketing to generate the audience for the LiveCast, and Dave Dee, who worked with Michael to create the three-hour presentation that generated excitement among members to buy now.

While I worked with Michael for several weeks, outlining upsells and price strategy and discussing the products, what impressed me most was what Michael did after the Livecast. While the $405,000 in immediate product sales was impressive, it’s the membership revenue that’ll come in over the next several months and years that will make the biggest impact. Even at Michael’s current member churn rate, that number will total more than a million dollars of income.

But Michael wasn’t satisfied. The first question he asked after his Livecast was “How can I keep my members longer?” That’s my favorite question to hear. For Michael, lowering his churn rate could increase his income by another $500,000. Can you imagine doing all the same work and getting to add another $500,000 to your income? That’s what stopping your members from quitting can do for you.

For you, I’ll reveal the strategy I gave Michael. The product Michael sold on the LiveCast was huge. It’s several binders — an entire tool kit for CPAs to attract and service clients with IRS tax problems. Problem was, it was going to take a few days for Michael’s fulfillment company to print all those materials, load the binders, and ship everything out. With Amazon Prime out there, your new customers expect you to deliver their order within two days. That’s the new standard.

Michael wasn’t going to meet that deadline, so rather than disappoint his members, we did them one better. Michael has already determined that within his huge product, the one tool that generates the fastest results is a referral letter. If the CPA or attorney mails that letter out, he or she can generate clients with IRS tax problems.

To make sure his members were getting value as quickly as possible, Michael emailed out the referral letter, together with a video and follow-up sequence to encourage his 270 new members to adapt the referral letter to their practice and get it into the mail right away. The instructions clearly outlined who the CPA should put on that list. All they needed to do was put the text on their letterhead and mail it out.

Within the list of people to include on the mailing list was Michael’s name. This way, he’d receive a copy of each referral letter his members mailed out. And, in response, he’d send a hand-written note congratulating them on getting their letter out and inviting them to let him know their results.

Want to know how it all turned out? Terrific! Members are reporting new clients from around the country. Michael is giving members positive recognition by talking about their success on coaching calls and newsletters. This has since inspired more reluctant members to get their referral letters out. And all of this has given Michael some terrific success stories that he can use in his next launch.

As far as churn goes, I look at it every week with Michael, and very few members are quitting.