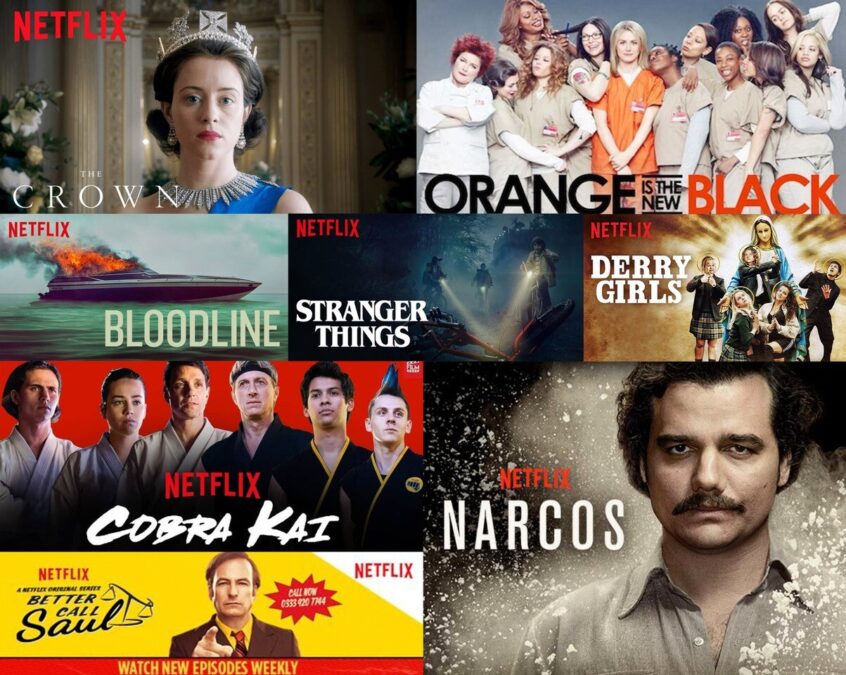 Lots of subscription owners wish to emulate Netflix’s subscription growth. Yet, they use an entirely different marketing approach. Then, they’re disappointed when their subscriber acquisition languishes with poor results.

How many times have you scrolled through Netflix looking for something to watch? The trailers auto play. Suddenly, you realize you’ve spent so much time watching trailers that you don’t have time to watch a new show. So, you watch an episode of The Great British Baking Show that you’ve seen already and know you’ll enjoy. (Or, is that just me?)

Too many choices is a trap of indecision. You don’t want to invest time in something when you aren’t sure you’ll like it.

It’s one thing for your subscribers to land in this trap.

But prospects? Giving your potential subscribers too many choices will bring your subscription growth to a grinding halt.

And forcing subscribers to make a lot of decisions during onboarding will increase churn rates.

So what to do instead? The answer is right in front of you.

How many Netflix ads have you seen in the last five years? What do they have in common?

Each ad promotes one show.

Netflix offers thousands of hours of entertainment. But, they don’t try to sell subscriptions based on that idea.

Instead, Netflix hooks new subscribers based on one show. One story, one collection of characters, one movement of viewers who talk to each other like insiders because they just finished binge-watching Derry Girls. Netflix lets you talk with others who can’t stop themselves from naming their favorite Derry Girls character (Orla). (Yes, I know your favorite is Michelle.)

Netflix isn’t selling entertainment as much as it is offering insider status. But that’s an advanced idea for another day.

The secret hiding in the open is how Netflix subscription advertising focuses on one show.

So why do so many subscription marketers compile long lists of “what you get” to induce prospects into becoming subscribers?

How many Netflix ads do you see that list all the different entertainment options you get with Netflix? You can find some ads like this out there, but most were made by others to comment on Netflix.

Point is, you can increase your new subscriber conversion rate by focusing on your single best offering or benefit.

I’ve been working with a SAAS company this week. This company offers a fully customizable product with hundreds of applications. Excellent tool. But it’s so flexible that it’s a challenge to target advertise to the right prospects, craft a message that gets attention and make a promise that gets new subscribers to join.

Instead, I’ll focus on one application. The one that more customers use than anything else. Now we’re able to target customers with a specific problem, offer a good solution to that problem and ask them to join.

What’s more, after the new subscriber joins, we don’t have to ask them to make a bunch of decisions within the first few moments of their subscription. Instead, because we sold them on a specific solution, we can focus the new subscriber onboarding on delivering a specific quick win that creates satisfied customers.

And the best part, now that we have set up a problem/solution-based funnel, we can move ahead to create new ones for other target customers using the product to solve their problems. The same way that Netflix has advertising about Stranger Things and other advertising about The Crown, we can create multiple marketing funnels that appeal to specific customers promising a solution to their own problems.

But all these paths lead to the same subscription.

Potential subscribers don’t care about a long list of features. They want a solution to a problem.

For Netflix, the problem they solve is to satisfy their curiosity as to whether Orange Is the New Black is as good as everyone says. Netflix knows that 75% of viewers who watch the third episode of Orange Is the New Black will finish the entire first season to find out what happens to Piper and Crazy Eyes. That’s 732 minutes of retention in the first season. This gives Netflix a lot of opportunities to get new subscribers hooked on other shows.

Three questions to consider at your next marketing team meeting:

If you want to grow like Netflix, you’ve got to market like Netflix. Market one feature with each advertising campaign. Eliminate decision overwhelm in your sales process. Then, after you have a subscriber hooked, you foster a stronger relationship by introducing your other great features.

Simplify your new subscriber offering and your sales message to improve conversion and retention in your subscription program. That’s the subscription growth secret that’s hiding in plain sight.