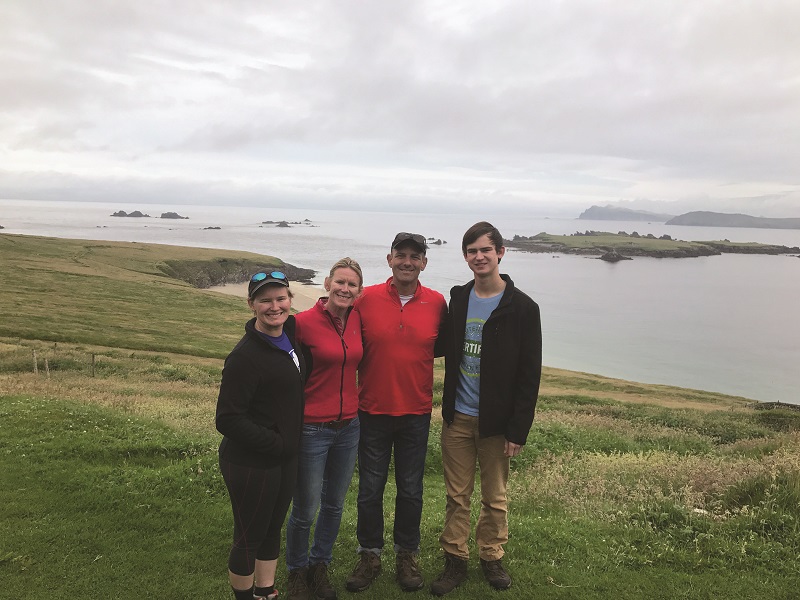 I took the family to Ireland for more than a week this summer, and learned a lot about the people, the land, and the country’s history. It is a beautiful place, and there were friendly people everywhere we went. Bonus, I learned something about membership retention to share with you.

One of the recurring narratives you hear, especially in the western part of the country, is about the Great Potato Famine. It’s hard to imagine that a nation of people can be defined by the events of 150 years ago, but it’s as real to the Irish as if it happened yesterday.

In the early 19th century, the population of Ireland exploded to more than 8.2 million. Because of a number of historical reasons, more than two-thirds of the population was solely dependent on potatoes. Potato blight, a mold that destroys the plants, wiped out crops between 1845 and 1852.

Because of widespread starvation, disease, and emigration, the population dropped to 3.2 million citizens. The numbers have never recovered.

Today’s population is just 4.7 million people. The famine decimated the economy, young people emigrated out of the country for decades, and many of today’s residents see themselves as mere caretakers of Ireland’s traditions of the past.

Retaining young people in a country is as essential to long-term economic growth and retaining new members within subscription programs. New members are the most excited, the best referral sources, and the most engaged in forums. Getting them engaged early in the relationship generates more new subscribers for you and helps you grow faster.

I speak with too many subscription business owners who can quote their membership renewal rates and consider them in line with industry averages. However, when I pull a more detailed analysis, the numbers reveal that while they hold on to some members for a long time, they lose a high rate of their newest members. Fact is, with this problem, they’ll never grow. And, if this problem persists, they’ll find themselves moving backward.

The Potato Famine in Ireland was devastating to the country, with many people dying from starvation. Our business problems are nothing compared to what they suffered through.

And yet, the numbers are consistent. The No. 1 key to subscription growth, increasing your recurring revenue, and creating a vibrant tribe of followers starts with creating a subscription program that stops your members from quitting. Until you do that, you don’t really have a subscription membership program.

Photo caption:
Here’s the Skrob family on the Great Blasket Island in front of Seal Beach, with the smaller Beginish Island in the background. Although the weather was foggy, we enjoyed hiking throughout Ireland. From left, our daughter Samantha, 21, who will graduate from Florida State University with a degree in Marine Biology this December, my wife Kory, me, and our son Robert William, 18, who leaves home to attend University of Florida this month.

One Comment on “Retention Is the Key Element of Growth”